Don’t Waste Your Preaching: An Interview with Jordan Rice

Redeemer City to City met with Jordan Rice to talk about the importance of contextual preaching—and how to actually do it.

City to City: How would you define “contextualization”?

Take, for example, a text about Jesus and the leper. It’s a great theological truth that Jesus became unclean so that we can become clean, or that Jesus would touch the untouchable. Those are great theological truths. But no one is asking questions about leprosy because it’s a foreign concept to us. Contextualizing that passage is answering the question, “What makes you feel unclean? What would make you feel like you’re not touchable, like God doesn’t want to come near you?”

What would you say is the goal of contextualizing preaching?

The goal of contextualized preaching is that the hearers would have this road to Emmaus experience where they say, “Did not our hearts burn?”

Take a concept, like money for example, and giving. Contextualizing how you preach about money means showing people what they actually struggle with when it comes to money and how the gospel addresses what they’re struggling with.

Most people don’t give because money for them represents either security or significance. Deep down inside they actually believe that if they have this certain amount in their bank account, then they’ll be secure or, alternatively, that if they have this much money then they’ll finally be significant. The goal of contextualized preaching when it comes to money, for example, would be helping people see that the reason they don’t give is because they really don’t believe the gospel. That they would walk away with their hearts burning, not just a command of what they need to do.

Recently, I preached about prayer. Nine out of ten people say that prayer is monumentally important for their spiritual lives. If you ask those same ten people, “Well, how practical is your prayer life?” People on a scale of one to ten generally rate around a three. There’s this huge disconnect between the value of prayer perceived and the actual value of prayer that they’re employing.

Preaching about prayer means showing people that part of the reason we’re not flourishing in our prayer lives is because we approach prayer in a way God never intended. If I approach God as a genie in a bottle—then when I rub the bottle and God doesn’t do what I want him to do, I decide this prayer thing is worthless, so why continue doing it? If I approach prayer as a performance, and I’m not really that good at it—if I’m stumbling over my words—I’m going to discard it. Part of contextualization is showing people your approach to prayer has been wrong all along. You’ve been approaching it like either a genie in a bottle situation, or a performance, and neither one of those were what God intended for it to be. That’s a tension we want people to feel in that moment: “I’ve been approaching it all wrong.” We put a marker in our message saying, “If we were to end this message right here, how angry would people be?”

They’d be pretty angry, because we haven’t given them the answer for what God does intend for them, how God does intend for them to approach prayer. In those moments we feel like we’re doing a good job contextualizing. That we’re now answering the questions that they truly have. People need to know, “How do you resolve this tension from me. I’ve been approaching prayer all wrong. Now how do I do it?” Contextualization is answering that question in a way that they can receive it.

How do you assess whether a sermon is contextual to your audience?

I write people’s names at the top of my sermons. One of those people is someone I just met at a coffee shop, or at the laundromat, and that person hasn’t been to church in a long time. They do not understand the stories in the Bible. They couldn’t pronounce half of the books in the Bible. They don’t have a theological education. They’re very, very new to the faith. I write their name down and as I go through the message I ask myself, “How does this person hear this message? Can they follow along? They don’t have to agree with it, but will they understand everything that we’re saying, and are there specific points in this message when I’m talking directly to them and I’m putting it right there in their lap?”

I write people’s names at the top of my sermons. Someone I just met at a coffee shop, or at the laundromat, that hasn’t been to church in a long time. As I go through the message I ask myself, “How does this person hear this message?”

Then there’s a second person who’s a nominal Christian, who’s been around church for a little bit, maybe sleepy in their Christianity, not necessarily living on mission. They’re just following Jesus in a way that seems suitable to them. We try to make sure that there’s enough material in our messages that actually challenges people to live a life worthy of the gospel and speaks to them even in their doubts and their disagreements with church or the Bible.

Third, I put the name of one of our small group leaders who’s a mature follower of Jesus. And as much as they would love to see new people come to faith, as much as they would love to see sleepy Christians wake up and be challenged, they also need to learn things that they didn’t know before. On Easter, people are very happy for you to point the sermon directly at new people. But mature Christians don’t have the same library that I have and they expect me to read well and read deeply. There has to be something in the message that they did not come in knowing and that challenges them as well. 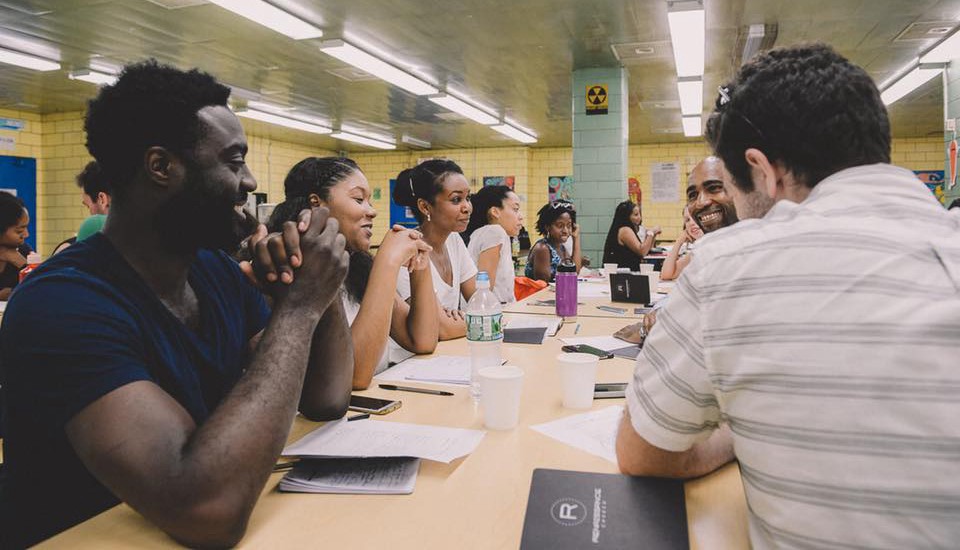 How do you address folks who are new to the faith and aren’t biblically literate?

I’ve always believed that every Sunday at our church there’s someone who has been invited twenty times and has said, “No,” nineteen times. This time he or she said, “Yes.” They’re scared of church. They haven’t been since they were six years old and they don’t know who Paul is, let alone agree with what Paul says. When we have opportunities to speak to them, I don’t want them leaving saying, “I didn’t understand the sermon. He’s quoting a bunch of stuff about a bunch of people I’ve never heard of before.”

So I start my sermons with those people in mind. I’ll say, “There’s a man named Paul. He wrote this book called Ephesians and it’s a letter to a church that started in Ephesus. In a lot of ways, their church in Ephesus was just like this church that you’re sitting in today. It was a church that started from scratch, and there was so much energy in this vibrant and beautiful city, and they had some of the same challenges that we have today, and here’s what Paul gave them as advice.”

Now, even though I’ve taken a minute and a half to say something that I probably could’ve said in three seconds, I’ve invited these new people on the journey with me. And ultimately I’m not changing the biblical recommendations. I’m not changing the biblical commands. I’m giving people the unadulterated truth of the gospel. However, I’m giving them an onramp to come and be a part of this journey with me. I think preachers lose so many people just by presuming that we are speaking in a church full of Christians.

Another goal of contextualized preaching for me is preaching in such a way that people are saying, “Man, I wish so-and-so were here to hear this.” What that does is it unleashes evangelistic energy in your people. Now they know you would treat their friends, their non-believing neighbors and relatives, with respect and communicate to them in a way that makes sense to them and not offend them unnecessarily.

The gospel offends. That’s totally fine. But we preachers offend people so many different ways unknowingly and unnecessarily that our people may not want to invite their friends to church. So I’m encouraged when people say, “Man, I really wish my neighbor was here. I really wish my coworker was here. We were just talking about this thing and the way this pastor put it was so perfect and I’ll never be able to repeat it that way” or “Hey, I gave your podcast to one of my friends, and they’re not even a Christian, and they really dug it, and we had a great conversation about it after.”

Making the biblical authors and texts understandable for people is just an on-ramp for them to be able to hear the good news of the gospel.

How has preaching in the same congregation for the past three years shaped you?

The critical feedback of your people definitely shapes you. You hear how people are processing the material you’re preaching. One of the messages we’ve preached recently was on the power of our pasts. We looked at Peter and his amazing pedigree of faith and how he had done all these things, seen the risen Jesus, but in Galatians 2 we see him going right back to what he was brought up in. Even though in Acts 10 Jesus tells him, “Hey, rise, kill, and eat. Don’t call anything unclean that I’ve called clean,” in Galatians 2 he’s going right back and doing the opposite. There’s something about our past that affects us and we can’t just ignore it if we really want to be mature followers of Jesus. In that message I talked a lot about “excavating” our past and the narratives that might be going on in our head.

A lot of the feedback I’ve got to that was pushback saying, “Man, that’s just a really heavy word, “excavate.” It sounds like you’re coming with a bulldozer.”

You do a lot of learning on the fly. I’m more cautious now. What’s changed is I’m more cautious about word choices, because just one small word can become something that’s almost too difficult for people to even process. I can unintentionally present something in a way that people tune out.

Any other thoughts on contextualization?

While there’s always a need to answer the questions that people are actually asking, there’s also a need to preach through books of the Bible sometimes to hit topics that you wouldn’t necessarily hit.

I’m not going to get into the war of topical versus expository preaching. But there’s something beautiful about topical preaching, addressing topics that you know people desperately need to hear and something beautiful about preaching expository messages through an entire book of the Bible and just letting the Holy Spirit use that book for our benefit. For the preacher that’s always thinking about contextualization, sometimes being in a book and hitting a topic that you would not ordinarily hit is exactly what you needed. 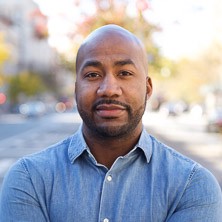 Jordan Rice is the church planter and pastor of Renaissance NYC Church in Harlem, and the Regional Director for NYC for Orchard Group. He was also part of City to City’s Incubator program. He lives in Harlem with his wife and two sons.